Rasha Al Aqeedi is Middle East Deputy Editor at New Lines magazine. She is an Iraqi researcher and analyst based in Washington D.C. Her work focuses on non-state armed groups, political Islam and her hometown of Mosul, Iraq.

Prior to joining the editorial team at the magazine, Rasha worked in political and security research and analysis at various think tanks including George Washington University’s Program on Extremism, Foreign Policy Research Institute, and the Dubai-based Al Mesbar Studies and Research Center. As a commentator on Iraq, the Middle East, and security issues , Rasha’s essays have been published in The New York Times, The Atlantic, The American Interest and other outlets. An avid animal lover, Rasha has two cats and does not welcome cat-hating. The shadow of the Iraq War has spawned a rhetoric in which a complete lack of empathy toward nations in conflict is disguised as sane political realism. Honest activists who oppose the toll on humanity caused by wars are drowned out by the louder voices who decide which conflict victims deserve empathy based on the identity of the perpetrator. Iran’s Protests Have Everything and Nothing To Do With Hijab

A choice vs. an obligation, a clothing item vs. a symbol of oppression, a religious identity vs. political statement — the controversial fabric is, in fact, all the above and a bit more.

In the Middle East, a Yearning for Stability via Monarchy

But there is also a sense of ruefulness at times about such an institution and a bygone era it represents that nobody really remembers but surely must have been an improvement on today’s regional malaise. After all, if we are to be led by absolute rulers, why not also have the prestige and pageantry? Iraq, Muqtada al-Sadr and ‘The Wire’

In previous years I had overtly rejected the term “Chi-Raq,” a wordplay combining Chicago and Iraq to express the state of lawlessness, violence and chaos in the former. I found it racist and inaccurate. Organized crime and state-sanctioned violence are incomparable, but watching “The Wire,” a fiction based on reality, has shifted my thinking. Not Chi-Raq but Balti-Raq, to quote one of the characters, Bubbles, “the west side is about to go Baghdad”. The contexts remain drastically different, but the parallels stand. Food patterns in Arab-majority countries draw on influences from the rich cuisines of India, Persia and the Ottoman Empire. The latter includes foods from Greece, Azerbaijan, Armenia, Georgia and other former Ottoman regions. An Iraqi Actress to Sue The Economist Over ‘Fat’ Photo

“I have decided to take legal action against The Economist for their cover story. I am demanding compensation for the emotional, mental, and social damage this incident has caused me. My legal team and I are arranging the next steps" The recordings show Nouri al-Maliki for what he always has been, a paranoid charlatan who cannot comprehend an Iraq operating outside his incredibly narrow sectarian worldviews. There Should Be a Juneteenth Equivalent in Iraq

If there was one cynical historic deed that unites the West and Middle East, it would be slavery: in particular, the enslavement of humans from Africa.

So what do men in the Middle East fear exactly? Hashtags? Why was Johnny Depp's victory relatable to them when they have never had to stand trial? 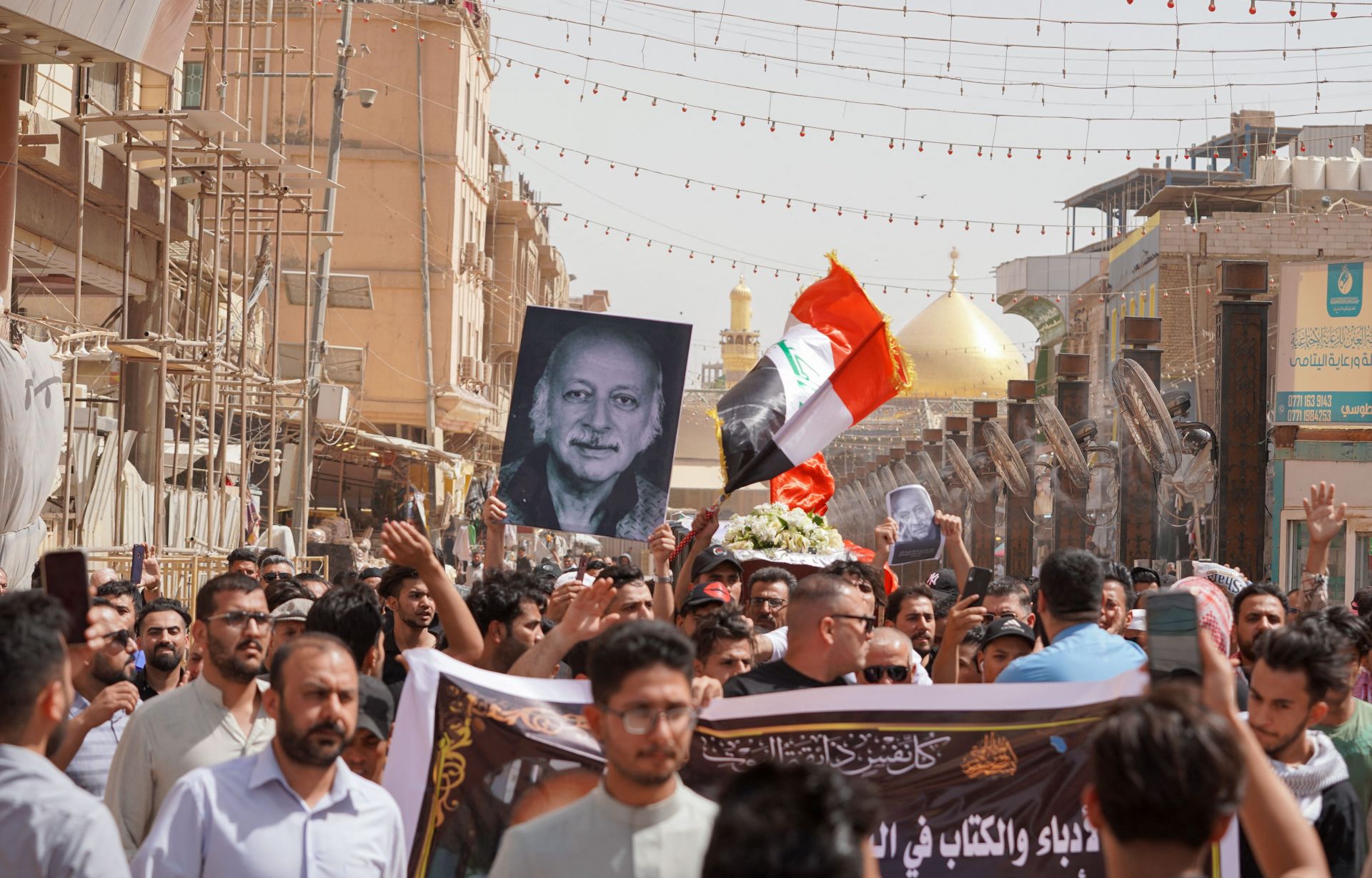 Muzaffar Al Nuwab was taken to his last destination, back home to Baghdad, for his final rest. His funeral procession was akin to a majestic homecoming ceremony where his life was celebrated by legions of admirers despite never having met their idol during their lifetime. A Tribute to Shireen Abu Akleh, a Journalistic Role Model

Shireen looked and sounded like us, and it didn’t matter that we were not even privy to her religious identity, which we learned after her death when we watched in horror as her coffin made its way to the church while Israeli soldiers beat the pallbearers. For five decades, lobbyists and pro-life advocates have pushed to overturn Roe v. Wade; not sharia law enthusiasts. The American political system allowed for the Supreme Court to become right-leaning; not governing rules inspired by the Taliban.

Despite the differences between Saddam and Soleimani, the commonalities were striking. Both men had caused enormous suffering. Both were defiant, and simply too large to die. Yet both were shown to be vincible. It took five hours to watch the 101-minute Netflix film on Mosul and process the emotions that resulted from the realistic portrayal of brutal warfare in my hometown.