“They're ruthless. They have no moral code. They are opportunistic. They will be whatever the public needs them to be at that moment.”

When Reality Is a Lie — with Lea Ypi

What if you discovered that everything you knew about the world was wrong? As a teenager in Albania, that’s exactly what happened to political philosopher Lea Ypi when the communist regime collapsed in the ‘90s. On The Lede, she joins New Lines’ Faisal Al Yafai to talk about how to see the gap between ideology and reality, where people look for certainty in uncertain times and what it actually means to be free. When Art and Archaeology Turn Political

New Lines contributor Olivia Snaije and contributing editor Lydia Wilson speak to Faisal Al Yafai about recent articles they wrote exploring how the Middle East’s ancient heritage continues to shape modern politics — and how the story of a nation depends on who’s telling it. Both Saddam and Assad recognized the value of their countries’ archaeological heritage and adapted it to suit their interpretations of what they thought the Baath Socialist Party should be. 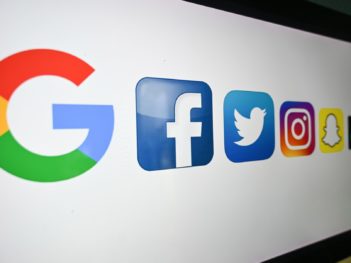 Technology is Handing Power Back to Autocrats

New technologies are allowing activists to document Syrian war crimes and even topple dictators. But from Iran to Tunisia to Israel to Russia, nation-states are reasserting their power. If cutting-edge digital tools have given activists new weapons, they have, at the same time, allowed governments to acquire entirely new — and secretive — digital arsenals. For fifty years, just one family has ruled Syria. But even that rule, long and brutal though it is, will have an end, and a new Syrian story can begin.