Ola Salem is Managing Editor of New Lines magazine, and a member of the magazine’s launch team. She was involved in building the magazine when the idea of New Lines was yet to have a name, designing the website from scratch and building a process to allow staff to work remotely while remaining a cohesive unit through various online platforms.

Ola grew up in England, and spent some early years in Bahrain and Saudi Arabia in the 1990s. She moved with her family to the United Arab Emirates and studied at UAE University, where she majored in journalism and minored in Film. In her final year, she completed an internship at The National newspaper in Abu Dhabi, where she wrote cover stories for the then-supplemental magazine, M, and wrote stories for the news and other sections of the paper. A few months later she joined full-time as a national reporter, covering breaking news. She soon transitioned into various beats to cover education and labor, but finally settled as political reporter, where she covered the country’s political news and the quasi-parliament, the Federal National Council (FNC) for the next five years.

She moved to the United States in 2016. She worked as a freelance producer for Al Jazeera English from the U.S. capital, covering a wide range of stories and field reporting and editing. She completed a master’s in Writing at New York University, taking courses in rhetoric, information architecture, website design and user experience, and writing her thesis on the Middle East media landscape.

Apart from her family, cats and coffee are essential parts of her life. It is pure coincidence that the cat’s name is Mocha. We want to create and curate captivating pieces of work in a format that readers can enjoy, one flip of the page after the other. We want to give our readers the mobility and flexibility of taking New Lines with them anywhere they go, in hard copy, to read at their pace and forget about the distractions around them. We want them to be inspired by the work they read. We want to offer our readers not just one or two new stories a day but an entire issue of rich material. The American War on Women

When men feel superior to women, empowered by culture and the law, or the lack thereof, violence and bloodshed follow. By the time you finish reading this piece — and every 11 minutes thereafter — a woman will have been killed by someone she knew, even trusted. 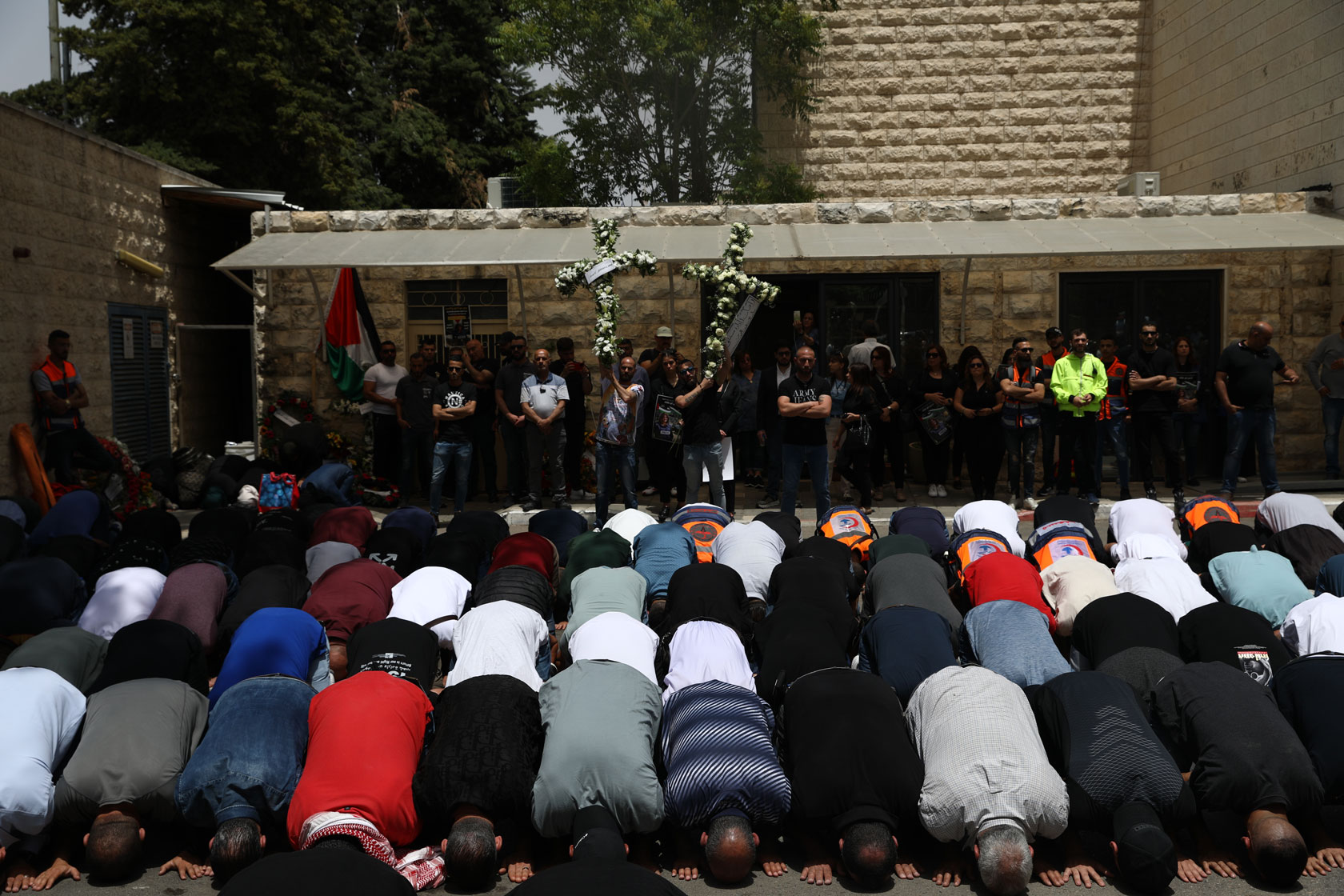 A few in the Muslim world discovered that Shireen Abu Akleh, who had for decades given a voice to the Palestinian people, was in fact not a Muslim but a Christian. After many called her a martyr and thousands joined prayers outside the hospital she was treated in, there was some awkward backpedaling. Experiencing the Magic of Disney World After Getting the Vaccine

The lines were long; getting food was at times a nightmare. The children — who are yet to be vaccinated — need to wear a mask while indoors or on rides. But the magic of Disney is still there, and post-vaccine life is as good as it gets a year after we were hoarding toilet paper in the U.S.