Mattias Carlsson is an investigative reporter based in Stockholm, Sweden. He started his career as a freelance photographer based in Moscow, Russia in the 1990’s. He has covered several conflicts, both as a photographer and later as a reporter, for example the war in Chechnya, 1995, allied invasion of Iraq 2003 and the Russian invasion of Georgia 2008. In February 2014 he was in Simferopol, Crimea, when the “little green men” took control over the Ukrainian peninsula. He’s a staff reporter at the Swedish daily newspaper Expressen. A Night of Terror, a Day of Fleeing

In the truck's cab were also the charred remains of two Russian soldiers. There were unidentifiable meat slabs on the sidewalk and around the road. Fear and Desolation in East Ukraine on the Eve of War

Once upon a time, Stanytsia Luhanska, located 12 miles north of separatist-controlled Luhansk, was a neat little village that its inhabitants were proud of. Since the war started in 2014, many of the houses are abandoned, and those still living there are tormented by years of anxiety. Grenade Blasts Through a Ukraine Kindergarten

“There's been shelling before, but this, it's just terrible, terrible,” says kindergarten worker Natalia Sleserevna. Ukraine: Calm Before the Storm?

New Lines travels along the front lines of eastern Ukraine and meets civilians and soldiers trying to eke out a sense of normalcy in the midst of the stalemate. On the Front Lines of Ukraine’s War With Russia

“Now it’s mostly calm,” [Cmdr. Ivan] says, “but when it’s calm, we always think they’re doing something bad. If it’s totally quiet, it’s a little nervous.” He prefers it when they shoot, as they did daily in September and October. 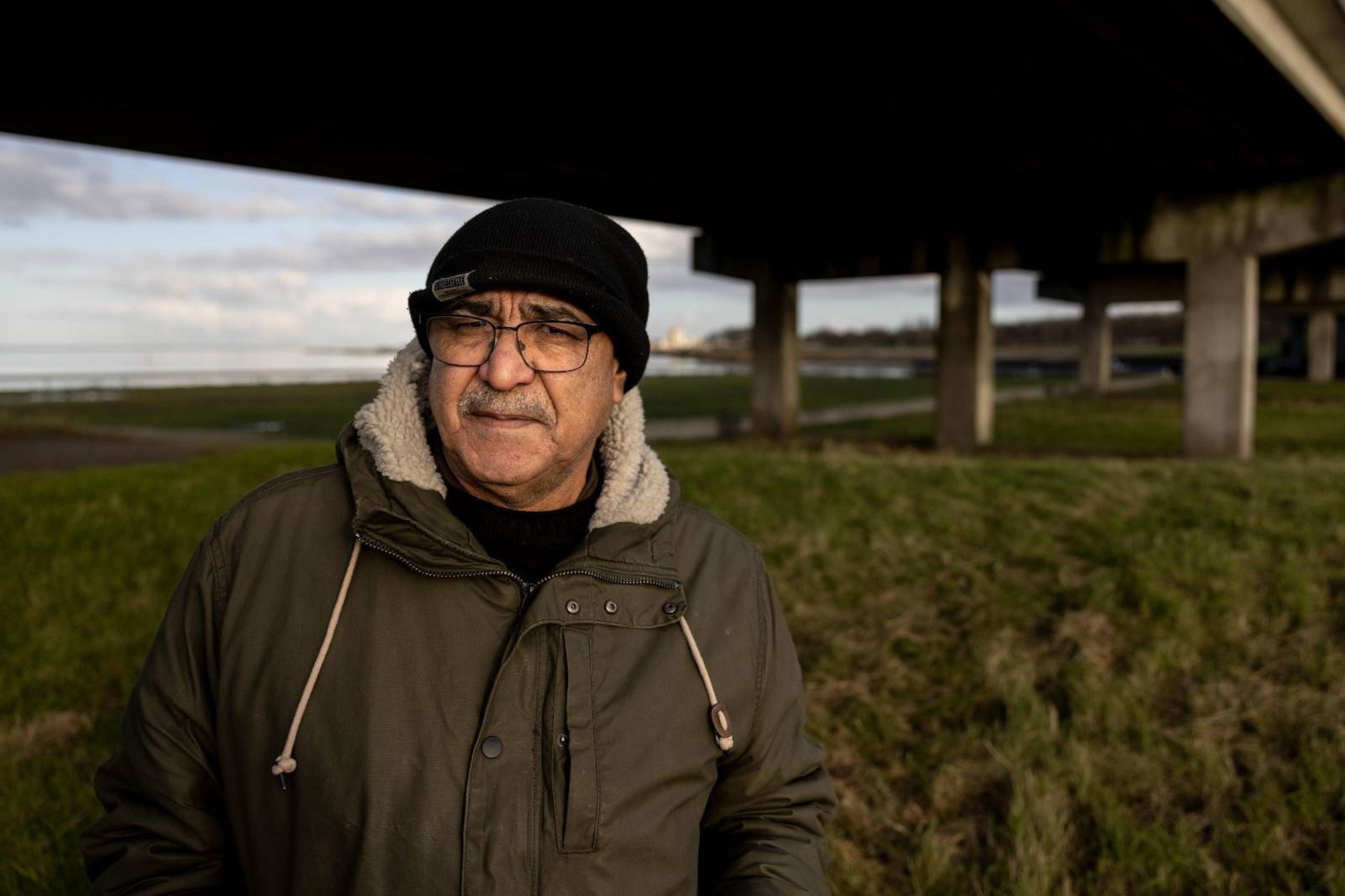 Mhesn Alabdullah’s cousin Hamadi Bouta, a Syrian army deserter, was savagely beaten to death and mutilated on camera by soldiers of the notorious Wagner Group in eastern Syria in 2017. Now his family wants justice.

"No one can build anything on blood. Blood has never been a foundation for any construction. On the contrary, it turns into a swamp in which you drown. Why fight for strangers and kill for strangers?"